Use of genograms
To supporters and professionals

Dr. Boss recommends using a genogram, also known as a multigenerational family map, to understand and assess a family who is experiencing ambiguous loss.

For example, Figure 1 shows the genogram of a family of four (father, mother, daughter, and son) before a disaster. (This is not a real case.) 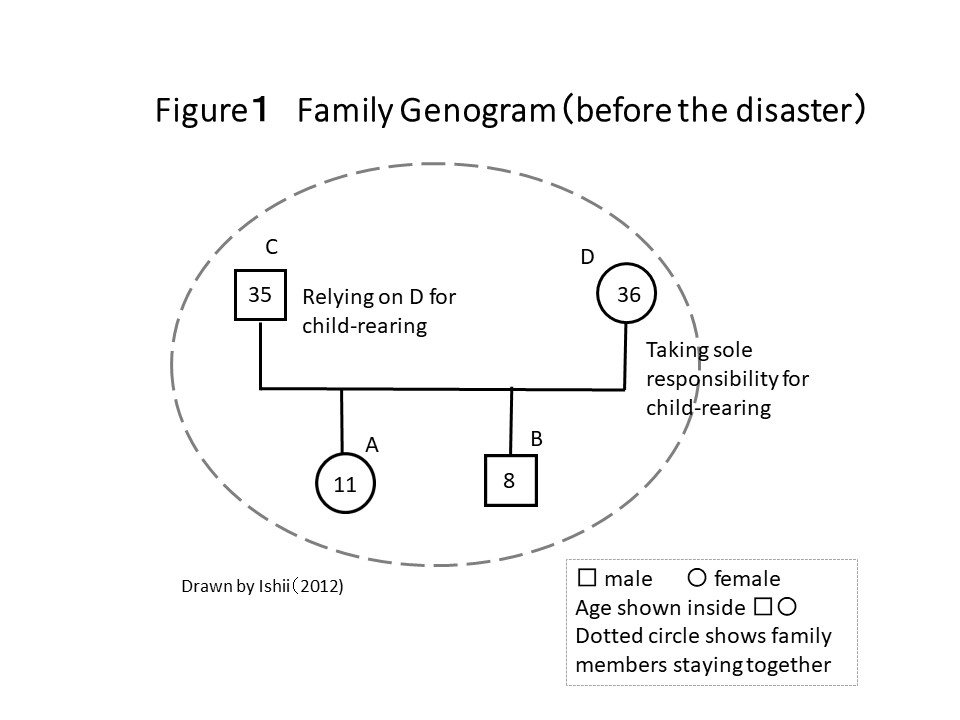 When the mother goes missing due to a disaster, as shown in Figure 2, the daughter (oldest child) may assume the role of the mother to help the family’s plight. On the other hand, if the condition continues for a long time, it is necessary to consider the impact on the entire family, including the sibling relationship and the parent-child relationships. 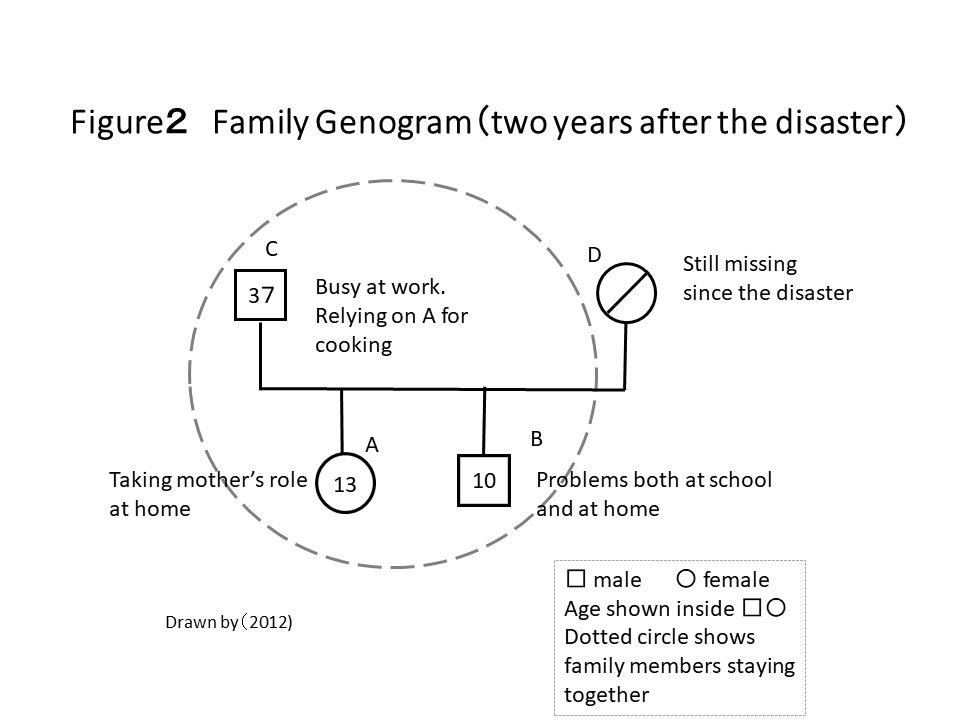 If you draw a genogram and look at the whole family as a unit, you may see problematic behavior in other family members (e.g., the son, the younger child) in the shadow of his sister’s hard work. When the son is viewed from an individual’s perspective, he is often seen as a “troubled child,” but when the genograms are compared, it becomes apparent that the relationship is deeply related to the family/sibling relationship and mutual roles that have changed significantly since the disaster.

For example, the boy may be repulsed by the fact that his sister, whom he had been close to, suddenly treats him with a parental commanding tone after the disaster. The boy who was confused by his mother’s being missing and lost his sibling relationship with his sister, with whom he was supposed to be able to talk about his feelings, may be expressing grief in the form of “problematic behavior”. After a few more months, the father may become more directly involved in dealing with his son’s problematic behavior and this may lead to another change in the role of the older sister. The gradual change in family relationships, starting with the boy’s problematic behavior, can be expressed as family resilience, even though it may seem like a problem.

By looking at the genogram of a family experiencing ambiguous loss, we can think about support from the perspective of the family’s developmental stage, focusing on the resilience of the family.