index.php
あいまいな喪失
What is “Goodbye without Leaving”?

Dr. Pauline Boss labeled another type of ambiguous loss as “Goodbye without Leaving”. This is a loss where a person is “physically present” but feels “psychologically absent” because he or she is no longer the same person he or she used to be.

Examples include dementia, drug and alcohol dependence, depression, other mental illnesses, and head injuries. Also, in Fukushima after the Great East Japan Earthquake, there was a phenomenon of “my hometown has changed completely” because of the nuclear accident, which can also be considered to be a type of “goodbye without leaving” (type 2 ambiguous loss).

What happened in Fukushima after the Great East Japan Earthquake

On December 1, 2012, the year after the Great East Japan Earthquake, Dr. Pauline Boss held a lecture in Fukushima.

During her presentation, Dr. Boss stated that the situation in Fukushima following the earthquake was a Type 2 “Goodbye without leaving” kind of ambiguous loss. After the Great East Japan Earthquake, the following problems occurred in Fukushima.

The problem is called “ambiguous loss”.

Several years have passed, and evacuation orders have been gradually lifted in areas where evacuation was forced immediately after the earthquake.  Though people can now live there, many have decided in the last few years to leave their hometowns and move to new areas. Many people have deep feelings about their homeland, but maintain a deep sense of loss that has forced them to leave.

This can be referred to as ambiguous loss type 1, “Leaving without a goodbye”.

The nuclear power plant accident at Fukushima after the Great East Japan Earthquake has resulted in many cases of ambiguous loss in those who have returned to their homes, and in those who have not or cannot return.

But Dr. Pauline Boss tells us, “Even in loss without closure, people can take the next step forward.”

In Fukushima today, there are government officials and supporters who work hard so that the people of Fukushima can live with peace of mind. People in various industrial sectors are also working steadily to rebuild. There are also events which people who have left their hometowns can comfortably participate.

The search is ongoing for “people who live together, despite ambiguous loss.”

Studies of migrants and refugees abroad have shown that “forced evacuation” and “forced relocation” are not only physically, psychologically, and economically burdensome, but they also tend to lead to a variety of mental and physical health problems.

Dr. Boss has had a similar experience. The lonely appearance of her father, who left his family in Switzerland and immigrated to the United States, was the initial event that prompted Dr. Boss to consider the concept of “ambiguous loss”. At the end of her father’s letters to his mother and siblings who were no longer able to see him, he always wrote, “Will we ever see each other again?” and she has said that her father always seemed so sad when thinking about his home country.

The feeling of loss when thinking of a hometown that is unavoidably far away can be much more profound than people think.

Dr. Boss recommends the idea of “A and B thinking” when encountering such ambiguous loss. This is called “Dialectical Thinking”, and it is a way of embracing and accepting both poles of A and B rather than deciding on either A or B.

For example, instead of thinking, “I’m sorry I left my hometown,” or “I have to forget my hometown…”, you can live in a new place and not forget your feelings for your hometown, which is full of memories. “Even though I’ve left my hometown, it’s still an important place to me.” Dr. Boss uses the concept of “A and B thinking” to encourage people to be flexible in tempering their thinking rather than confronting various changes.

There are probably many people among those who have had this kind of experience that just keep plugging along all this time. It’s the equivalent of running a car at full speed. You may have roused yourself to move forward in the fastest gear to climb the steep hill that always stands in front of you. However, if one continues to run at full speed like that, they will become burned out.

The important thing to do is to change gears. Just like when you slow down your car by changing gears, gradually change your life and thoughts to a slower and more effortless gear.

What does it mean for you and your family to change gears then?

Talk about it as a family to find the answer. Include your children in the circle, if possible, when you talk about it. Sometimes children are more creative and come up with new ideas. These discussions are a very important step for your family to sort out current issues and continue to live more happily in the future.

Dr. Pauline Boss has stated that dementia brings “an ambiguous loss (Type 2)” to the family, because the person is “there, but the person is no longer who they used to be”. As dementia progresses, the family is exposed to a great deal of stress as the entire relationship they had with that person changes, even though they are not clearly losing the person. 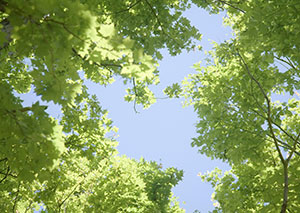 Dr. Boss urges such families to first learn more about the “ambiguous loss” they are experiencing.

As dementia progresses day by day, back and forth, family members may experience loss over and over again, making it difficult for them to finalize their feelings, even though they try to. Though family members try to retain the same caregiving they did before, the relationship with the person with dementia gradually takes over.

It’s not the family’s fault that they feel anxious or hopeless. It’s the “ambiguous loss” that makes it so.

Don’t force yourself to shut down your feelings. It’s okay to respect your own honest feelings, such as “I’m sad,” “I don’t feel well,” or “I can’t do it anymore.” Instead of feeling “I have to do best for him/her”, try to find a renewed relationship with the person with dementia that responds to situational changes by maintaining a reasonable distance. Also, cherish the time you spend with the people who you feel are a source of emotional support for you.

Dr. Boss calls those who you want to be around like family “psychological family”. It’s about finding a “new form of family” by not sticking to the traditional form of family, but shifting into such a way of life that fits the current situation.